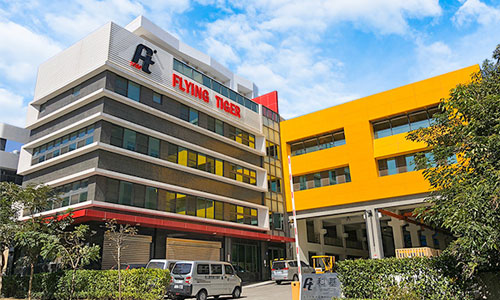 Promote environmental protection using energy saving products and safety through CE certification. Bonus profit sharing system implemented to encourage the well-being of employees and loyalty, forming the foundation for continuous innovation and pursuit of excellence by employees. During this period, expansion into ASEAN and the emerging markets. 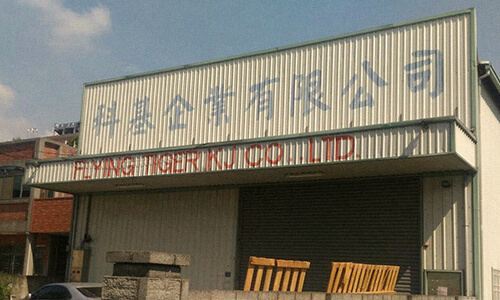 Expanded the product portfolio to include Dehumidifying Dryers, Material Blenders, Mold Dehumidifiers and Central Material Conveying Systems. This created additional turnkey solutions. Also FT Kunshan and FT Korea were established. Advancements transitioned Flying Tiger from traditional systems to the LCD panel and 3C industries. At this stage, the central material conveying systems and whole plant turnkey solutions were the main focus of development for the company. 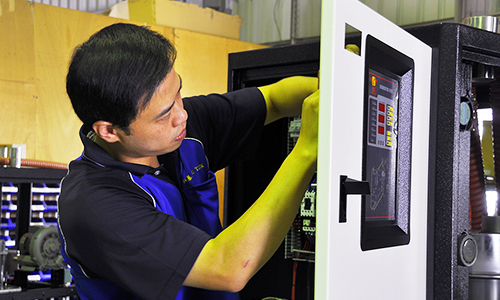 The control of mold temperature and moisture content were not yet considered necessary conditions for the plastic molding process in most factories. Flying Tiger’s research in plastic auxiliary equipment and manufacturing technology led to lecture tours with experts and scholars to introduce plastic molding technology to the Taiwanese market. Also, Flying Tiger assisted clients to learn the application of plastic auxiliary equipment in order to improve production quality and efficiency. At this stage, Flying Tiger firmly rooted itself in Taiwan’s market.

The Flying Tiger KJ Co., Ltd. brand was first created in 1980 and used a typical tiger figure to signify intelligence, strength and authority.

The image of spread wings represented our determination to be constantly progressing and innovating in the development of new machinery.

By adopting an English lettering design, this new logo represents Flying Tiger becoming an international brand, with a very modern and readable logo combining the letters “F” and “T”.

It further reflects Flying Tiger’s bright future with an upgraded outlook from A to A+, by improving the competitiveness of equipment, technology, and management. This signifies Flying Tiger is on a path of internationalization, ready to provide better technical support and service to our global clients.

Founded on 9th January, Originator of the Mold Temperature Controller in Taiwan.

Keep innovations and developing on new products, granted 3 patents in one year.